“You can’t lead others where you’ve never walked.” 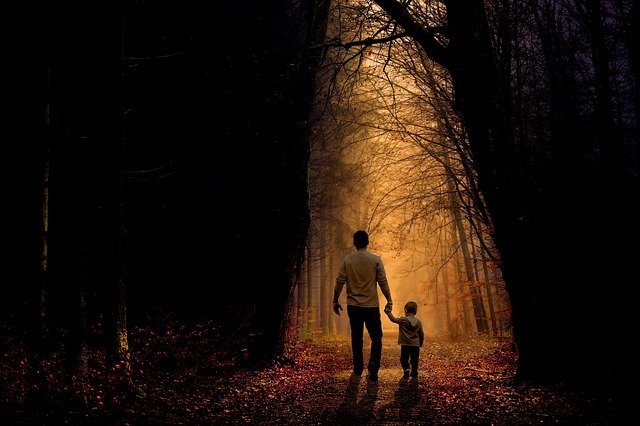 That’s the truth that God has been whispering to me, in one way and then another, for the past few months.  You can’t lead people deeper than what where you’ve gone yourself.  You can’t teach what you don’t know.

“Beloved, do not be surprised at the fiery trial when it comes upon you to test you, as though something strange were happening to you. 13 But rejoice insofar as you share Christ’s sufferings, that you may also rejoice and be glad when his glory is revealed. ” ESV

Don’t be surprised by trials!  It’s not a matter of if they will come our way, but only when.

He goes on to explain that Christians should not be ashamed of suffering for Christ.    Judgement, he said, begins with the household of God, but we can trust God in the midst of suffering.

A few verses later, in chapter 5, he admonishes the elders of the church to shepherd the flock (the church), not under compulsion or for personal gain, but eagerly and willingly, as God desires, being an example for those who are under their authority.

It strikes me that Peter was uniquely qualified to write this letter.  Peter understood what it meant to experience a fiery trial.  He likewise received a merciful warning before it began.  Before Jesus was arrested and crucified he told Peter that Satan had demanded permission to sift Peter like wheat.  (Luke 22:31) That word, sift, means to cause inward agitation to try one’s faith to the verge of overthrow.

Jesus continued, (verse 32) “but I have prayed for you that your faith may not fail.  And when you have turned again, strengthen your brothers.”

Did you catch that?  Satan had demanded permission.  Just as he could not torment Job without God’s permission, he could not touch Peter without permission.  We gather from Jesus’s prayer for Peter that God had granted that permission, but there was a purpose for the pain.  Satan could push Peter to the edge… do his worst in an attempt to overthrow Peter’s faith, but the reason God allowed it was because He wanted Peter to use what he learned to strengthen his brothers.

Peter told Jesus that he was ready to follow Christ to prison or to death, but the Savior explained to him that he would deny knowing Him three times before the cock would crow.  Peter could not accept it.  Yet when the cock had crowed and Peter realized that he had indeed denied Jesus rather than chance suffering, suffering found a different way in…Overcome by regret, scripture says Peter went out and wept bitterly (weep, wail, sob). (Luke 22:54-61)  This was gut wrenching grief.

Indeed, Peter turned back, just as Jesus predicted, and when reports reached the 11 disciples that He had risen (Judas, the 12th was dead), Peter was the first to look into the empty tomb. (Luke 24:12)

When the disciples recognized the risen Savior on the shore of the Sea of Galilee, it was Peter who could not wait for the boat to reach shore.  Impatient to be reunited with his  Lord, he jumped out and swam.

I have heard all kinds of opinions about how badly Peter would have felt, and speculation about how difficult it may have been to show his face after denying Jesus, but when I read Luke’s account of how Jesus told Peter that he would deny Him, I see so much grace.

Jesus just flat out told him that a fiery trial was in the works, and he would fall, but God had plans to use him when he came out the other side with his faith in-tact.

Yet, somewhere in the midst of the grief, Peter would have remembered Jesus said that when Peter returned he was meant to strengthen his brothers.  When faith prevailed, Peter would know his return was the will of his Savior, and in repentance he could unabashedly go back to the fold.

Before Jesus returned to heaven he had a conversation with Peter.

“Simon, son of John, do you love me more than these?”

Two times Jesus asked Peter if he loved Him using the word agape for love.  Christianity.com defines agape in this way:

“Agape love is unconcerned with the self and concerned with the greatest good of another. Agape isn’t born just out of emotions, feelings, familiarity, or attraction, but from the will and as a choice. Agape requires faithfulness, commitment, and sacrifice without expecting anything in return.”

When Peter answered Jesus, he did not use this word, but rather, he said he loved Jesus phileo, which is a brotherly love.

Finally, Jesus asked Peter if he loved him with brotherly love, and Peter told him, “Yes, Lord, you know all things.  You know I phileo you!”

Jesus’s exchange with Peter was an if… then.  Every time Peter confirmed that he loved Jesus, Jesus then told him, “feed my sheep”.  In other words, because you love me, take care of my people. Strengthen your brethren!  Sound familiar?

I don’t know why Peter couldn’t say that he agape loved Jesus.  Perhaps it was because he had already failed Him once and didn’t want to say he could love Jesus in a way he was afraid he could not fulfill.  All I know is that Jesus knew his heart, and in Peter’s old age his actions indicated an agape love as he followed Jesus all the way to his own cross.  Because he didn’t consider himself worthy to die in the same manner as Jesus, Peter was crucified upside down.

I don’t think any of us can know how we will handle the sifting until it comes, and when it comes I pray we all will stand firm in our faith.  When faced with the choice of staying or going, may we say, as Simon Peter said as an early disciple of Jesus,

For some reason, growth and boldness are born out of adversity.  James wrote for us to rejoice in trials, and Peter said to praise God in the suffering.   If we stay the course, our faith is made stronger.

Jesus warned Peter that he would be tried, and Peter warns us.

Jesus told Peter to feed his sheep, and Peter tells the elders of the church to do the same, not from a selfish heart but out of love for Jesus.

Out of his experience, Peter told the churches he wrote to humble themselves before God and resist the devil who prowls like a lion seeking whom he can devour.  Satan will try to cause your faith to be overthrown.  But remember what Jesus said?  Not without permission.  That roaring lion is, in fact, on a leash.  God is never wrong and He is always good.  Sometimes He allows things we don’t understand, and while the devil intends evil, God means it for good.

Trials come in all shapes and forms.  Don’t listen to the devil’s lies.  He will try to knock you down, but don’t be afraid to take the hand of the Savior who is praying for your faith and died for your forgiveness, and get back up.  If you find yourself in a failure, repent. God wastes nothing, least of all pain.

It’s true that it may take take time to heal and be ready to share from your experiences.  It was roughly 30 years from the time of Jesus’s death and resurrection to the time Peter wrote this letter.  When the opportunity presents itself,  you can walk with someone through the hard places because that’s where you have been.  You can encourage them in the fire, because you’ve walked through the fire.  You can lead them deeper because you have gone deeper.  You can teach them more than you could before because you now understand more.

Every experience can be a tool in your belt if you’ll let it… a tool to bring God glory and strengthen someone else’s faith.  God wastes nothing.

2 thoughts on “God Wastes Nothing”